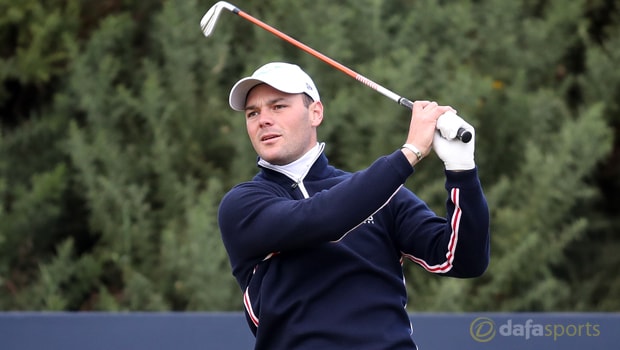 Martin Kaymer’s chances of making Europe’s 2018 Ryder Cup team for the event at Le Golf National are looking bleak after he confirmed a wrist injury will sideline him for an unspecified amount of time.

Kaymer, a two-time Major champion, started the year with a tie for 27th at the Abu Dhabi HSBC Championship before finishing in a share of 19th at the Omega Dubai Desert Classic.

However, the German ended up outside the top 50 at the Genesis Open and was then forced to withdraw from the Honda Classic after a first-round 75 due to a problem with his right wrist.

The injury has come at a poor time for the 33-year-old, whose last victory came at the 2014 US Open, and he admits there has been no potential return date pencilled into the diary yet.

“The next time I’ll be back on the golf course? I don’t know yet, but hopefully sooner rather than later,” Kaymer said in a video posted on Twitter on Friday. “I’ve been in Munich, seen the doctor.

“He told me that one bone was misplaced in my right wrist and that caused a malfunction in the wrist, and that also caused irritation and inflammation.

So I got some injections… that will speed up the recovery hopefully a little bit.”

Kaymer has slipped to world number 88 due to his disappointing run of form over the past year, sits 22nd in the European Points List whilst he is 29th in the World Points List.

Qualifying automatically for the 2018 Ryder Cup looks a long way off for the three-time European Tour winner and he may need another captain’s pick, having been one of Darren Clarke’s three wildcards for the 2016 event at Hazeltine.

Europe, who were thumped on foreign soil two years ago, are 2.15 to regain the trophy, a draw is priced at 11.00 whilst defending champions the USA are 1.85 favourites.