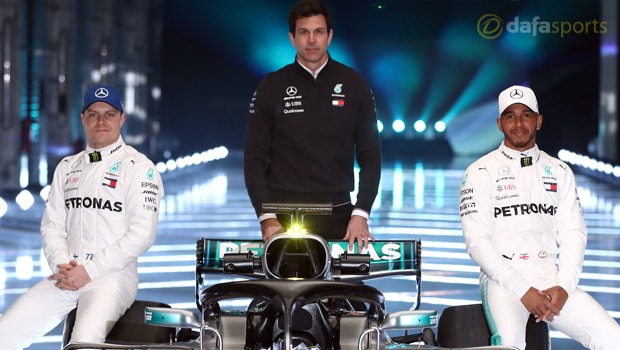 Valtteri Bottas says he is hopeful of challenging Mercedes team-mate Lewis Hamilton on a regular basis over the course of the 2018 season, with the Finn aiming for a maiden world championship title.

Bottas finished third in the Drivers’ Championship last year in his maiden campaign with the Silver Arrows, winning races in Russia, Austria and Abu Dhabi whilst also finishing on the podium on 10 other occasions.

The 28-year-old Finn, along with Ferrari’s Sebastian Vettel, provided stiff competition for Hamilton throughout the season but it was the latter who ended up on top, adding a fourth world title to his collection.

Mercedes are expected to be the team to catch once again this year and the recent pre-season test in Barcelona, which was hampered by the cold weather on day three, strengthens this notion.

Hamilton is the 2.00 favourite to defend his title this year whilst Vettel, who was runner-up in 2017, is priced at 4.33 to lift the coveted trophy for the first time in the famous red colours.

Bottas, a 13.00 shot to lift the trophy, is eager to close the gap to his team-mate this season and believes this rivalry could bring the best out of each other.

“I would like to put more pressure on Lewis on track and be battling wheel-to-wheel with him more often than last year,” he told the Express.

“If I perform well, then that will naturally cause some tension (between us).

“That can be a positive thing and makes both of us try even more to leave no stones unturned in terms of performance and keeps us pushing even more.

Toto Wolff wants us both to be performing on a 100 percent level, and that can provide some healthy competition.”