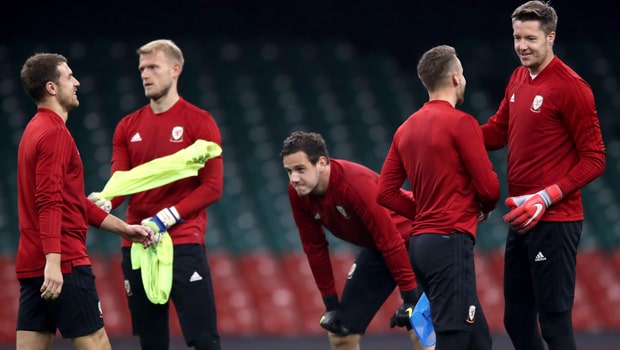 Wales defender Chris Gunter feels facing Republic of Ireland so quickly after their 4-1 friendly defeat to Spain is an ideal chance to bounce straight back.

Ryan Giggs’ side were badly exposed by Spain in Cardiff on Thursday, rarely looking like getting back into the contest after Paco Alcacer and Sergio Ramos had fired the visitors into a three-goal lead before half an hour had elapsed.

Marc Bartra made it 4-0 in the second half, with Sam Vokes’ last-minute goal proving little consolation to the home side.

Gunter, with 90 Welsh caps on his CV, feels the current squad deserve a chance to be given the benefit of any doubt.

“Over a long period, I don’t think a lack of fight or desire can be labelled at this squad,” said the Reading defender.

“We have enough credit not to be accused of that. We gave away goals early and then Spain kept the ball. It looked worse than it was.” Next up is Tuesday’s game in Dublin against Ireland.

Last month Wales overpowered Martin O’Neill’s side in an exhilarating home performance, running out 4-1 winners themselves.

Gunter anticipates a different sort of game at the Aviva Stadium compared to the Spanish clash. He is eager to get back out there and put that setback to one side.

“Ireland will be a little more physical, but we have stood up to them before and we can look back at those experiences knowing we can deal with them,” he added.

“Sometimes in international football, you don’t get a chance to put it right so quickly, but we are in a good position as we have this chance now with another important game.”