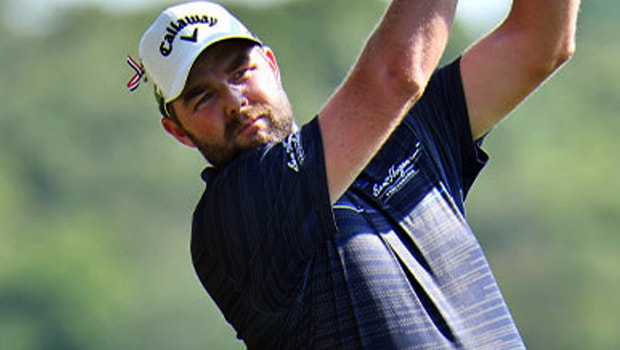 Marc Leishman holds a one-shot advantage heading into day two of the Sentry Tournament of Champions after he carded a round of 67 on Thursday.

The Australian was a two-time winner on the PGA Tour during 2017 and he looks set to continue his fine form at the first tournament of the New Year, after he carded eight birdies and two bogies to finish day one on six-under-par.

The 34-year-old was pleased with his performance on day one in Hawaii, particularly as he was able to maintain a strong level of consistency throughout his round.

“Played well, drove ball pretty well with exception of a couple of drives and putter was really solid,” Leishman told the Golf Channel.

“Happy with eight birdies, good start to a nice tournament.”

Brian Harman produced an unblemished round of 68 to emerge as Leishman’s nearest rival on five-under alongside Jhonattan Vegas, while Si Woo Kim, Rickie Fowler and world number one Dustin Johnson are a shot further back.

The likes of Hideki Matsuyama, Jon Rahm and defending champion Justin Thomas are also within striking distance at Kapalua Resort, but another former winner, Jordan Spieth, endured a poor day, as he finished eight shots off the pace on two-over.

The American now has work to do if he wants to stand any chance of winning the opening tournament of 2018, with Leishman, who is available at 6.00 to claim overall glory at the event, looking like the man to beat.