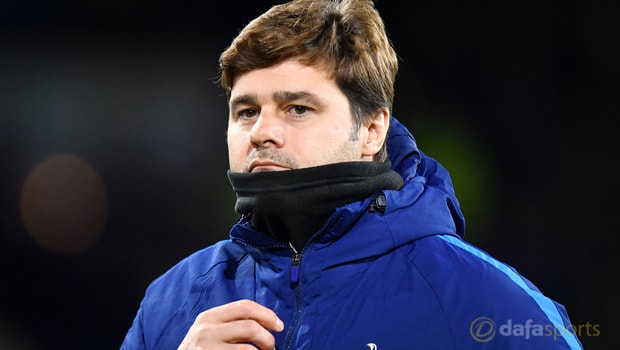 Tottenham boss Mauricio Pochettino has praised his side’s performance during their 1-1 draw with West Ham on Thursday and he believes they would have won the match had they had a bit more luck.

Spurs dominated the majority of the match at Wembley Stadium, as they mustered 31 shots during the contest, but they fell behind with 20 minutes remaining thanks to Pedro Obiang’s thunderbolt of a strike.

Pochettino’s men did manage to rally and secure a point thanks to Son Heung-Min’s late goal, but the point leaves the north Londoners fifth in the standings and three points behind fourth-place Liverpool.

The Argentine could not question his side’s performance after the match, however, and he believes on another day they would have won the contest in a convincing manner.

“In this type of game you create everything to win, you dominate the game… yes, sometimes it happens in football,” he said.

“You push, you push, you create, you have chances and it’s impossible to score.2 “I am happy with the performance and the effort, playing two games in 48 hours.

I am very happy with all the players. Sometimes you need some luck to open the game.”

Spurs will be hoping for more success in front of goal when they play host to League One outfit AFC Wimbledon in the FA Cup on Sunday.

Tottenham reached the semi-finals of that competition last season and they are priced at 1.14 to emerge victorious from Sunday’s contest, while Wimbledon are available at 17.00 and the draw is on offer at 8.00.