Luke Donald pleased with his start 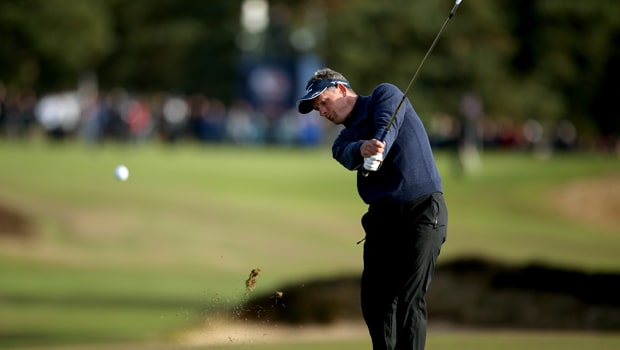 England’s Luke Donald admits it felt good to be back in contention after he made a positive start to the Valspar Championship on Thursday.

Donald looks to have found some rhythm after spending over six months on the sidelines due to a herniated disc in his back.

The 41-year-old has five wins on the PGA Tour and he gave himself a chance of making it six after firing a round of 67.

That moved him into a share of third, with American Joel Dahmen and Austria’s Sepp Straka joint first on five under. Scotland’s Russell Knox made a historic albatross to join Donald, while the pair are also level with Kevin Kisner.

Donald dropped just one shot all day to move away from the leading pair but a return to the scene of his 2012 victory in Palm Harbor was clearly a confidence booster. When asked about his round, he told Sky Sports: “It’s nice to be back out here.

It’s been a bit of a struggle the last year, obviously struggling with some back stuff and working hard at it, but backs are tricky and they take a little bit of time.

“It’s nice to shoot a good round today. Honestly my goal this week is to play four rounds and feel pretty good at the end of four rounds and then keep going. But to play well is a nice bonus.

“People go through injuries, it’s just part of sport. I’ve been really pretty lucky, this is my 18th season, I only had six months off for a wrist injury throughout those 18 seasons, so this is going to happen. But hopefully this is pretty short-term and now I can go on for a few more years and enjoy some good golf.”

World number one Dustin Johnson remains 4.75 to win despite a round of 69, while Donald is 51.00 to lift the trophy for a second time.