Posted by Jason Stepford on November 3, 2017 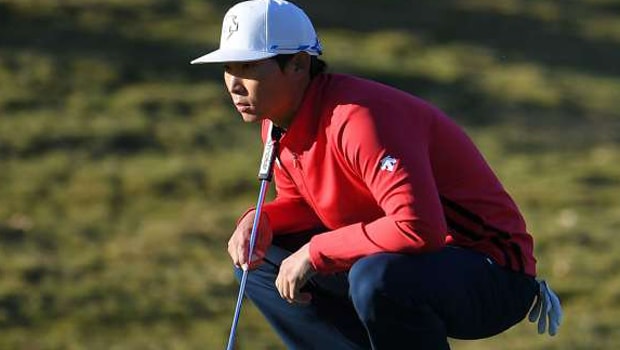 Kim Meen-whee holds a one-shot lead after recording a bogey-free round of 65 on day one of the Shriners Hospitals for Children Open.

The South Korean, who finished an impressive fourth at the CJ Cup in South Korea last month, had perfect symmetry to his round, as he claimed three birdies on both the front and back nine to move onto six-under-par for the tournament.

The 25-year-old has never won on the PGA Tour, but he is priced at 19.00 to secure his maiden title this week, and he was pleased with his overall performance on Thursday, particularly as he negotiated the firm greens effectively.

“I had a really good putting all day,” Kim was quoted as saying on the PGA Tour website.

“Didn’t miss any putts. I think I didn’t do any stupid mistakes all day.

I think that was key. The greens were a little slower than what I expected like the last two years. But it was still fast and firm.

“It’s a nice start. I feel more comfortable. I played really good and my fans were really happy.”

John Huh, J.J. Spaun, Ryan Blaum and Alex Cejka are all one-shot off the lead on five-under, as is Jimmy Stanger, who still has three holes left to play of his first round after darkness forced play to be suspended in Las Vegas.

A further nine players are a shot further back, including four time PGA Tour winner Billy Horschel, who moved into contention despite registering back-to-back bogies late in his round.