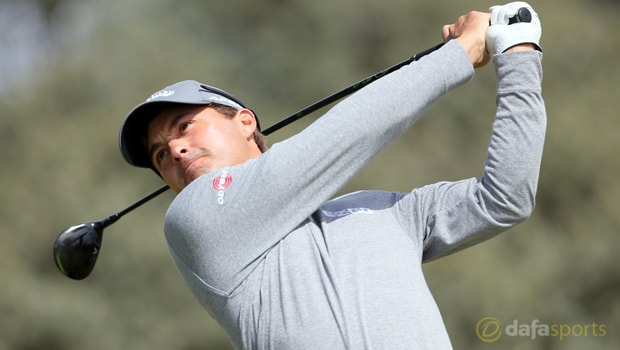 American Kevin Kisner will head into the final round of the US PGA Championship on Sunday with a one-shot lead despite shooting a 72 on Saturday.

Kisner, 4.50 to win the tournament this weekend, looked in a comfortable position with three holes to play during his third round.

However, his two-stroke advantage was wiped out when he double-bogeyed the 16th and dropped a further shot at the last but he was fortunate to see his rivals make mistakes.

Chris Stroud fired a 71, while Japan’s Hideki Matsuyama could only shoot a round of 73 after a number of errors.

Matsuyama remains the 2.75 favourite to win the event but a number of stars lost their way on Saturday.

Jason Day hit a quadruple-bogey eight at the last, while Rickie Fowler dropped four shots over the last three holes to drop to one-under par.

Despite his mistakes, Kisner insists he will look to remain composed during his final round.

He told the PGA Tour: “I think I’ve been pretty good at that. This game will do it to you in my opinion.

As soon as you think you’re on top of things, it finds a way to kick you right in the face.  “So there’s no real reason for me getting mad or upset or showing y’all that I’m ticked off.

“I’m pretty good at keeping it all in, and the golf course here is so hard; if you get (ticked), you’re just going to throw away more shots.

There’s no real reason to show that emotion.  “It’s a dream to win a major. That’s what I grew up practicing and playing, to play on the PGA TOUR and to have a chance in major championships.

“The way my game’s progressed over my career, I like where I am, and I like having a chance tomorrow.

It will be awesome to take home the Wanamaker Trophy and a lot of great names on that trophy.”