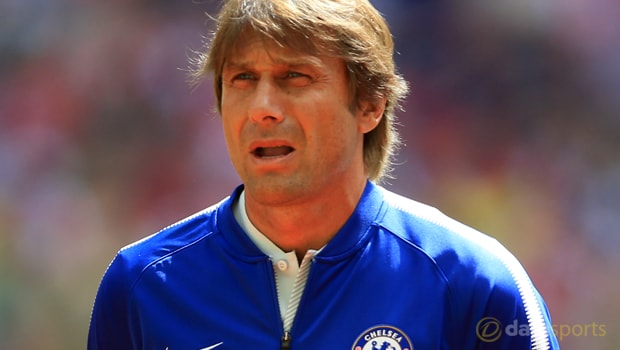 Antonio Conte has admitted he was against the Chelsea board’s decision to sell Nemanja Matic to Manchester United.

The Serb played a vital role in the Blues’ Premier League title success last term and was expected to have plenty more say in the upcoming campaign, especially with Champions League football back on the agenda.

Chelsea recently signed Tiemoue Bakayoko from Monaco but with him currently out injured, Matic would have started the season in the middle of the park.

After their title success last term, the champions’ transfer business has been somewhat puzzling, with them selling a number of fringe players and not replacing them.

Their sluggishness in replenishing both specific areas of their squad and their playing staff as a whole has seen Chelsea fall behind 2.75 favourites Manchester City in the Premier League outright betting, with them currently at 4.00.

Conte has been open about his frustration and has now commented on the decision to sell Matic to United, which he says did not come from him.

The Italian said he wanted to use the 29-year-old as an example for Bakayoko as he endeavours to learn about the extra rigours of the Premier League.

Although the boss admits he is excited about his new arrival, he believes losing Matic could prove significant in the outcome of their season.

“Bakayoko is a good signing for us. He is very young,” he said.

“My idea was to give Bakayoko the right time to adapt in this league behind Matic.

But now after the sale of Matic, we need to try to accelerate this process for Bakayoko after his injury.”