Kevin Chappell in command in Texas 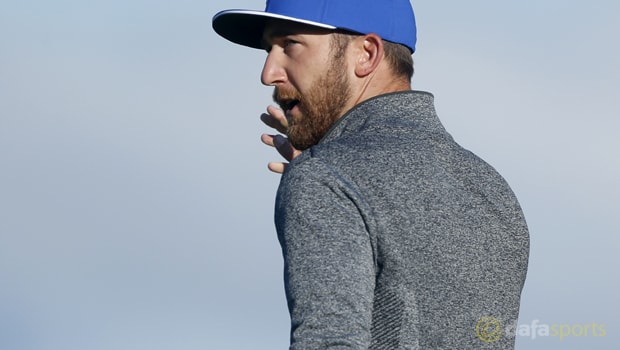 American Kevin Chappell admitted he felt proud of his performance as he birdied three of his final holes to take the lead ahead of the final round at the Valero Texas Open.

Chappell, 5.25 to win the event, managed to handle the tough and windy conditions and carded a 71 to move onto eight-under par.

Saturday’s round was his worst of the week but it was enough to keep him one shot in front of Branden Grace and John Huh.

Only two of the remaining 76 players broke 70 and everybody dropped a shot at TPC San Antonio on Saturday on what was a tough day of golf.

Chappell had started poorly with an outward 38 but he recovered on the back nine and is now in a good position to win his first PGA Tour event.

The 30-year-old was quick to praise his own performance after his display and admitted he was proud of how he handled the conditions.

He told the PGA Tour: “It says something about me and the growth that I’ve made. For the fans that have followed me, that round could’ve been 78 and I’m teeing off first off the back nine tomorrow…

“I feel like I’ve made some strides mentally and physically. I was able to find something I could compete with.

It’s probably the most proud I’ve been of myself in a round of golf in a long time.”