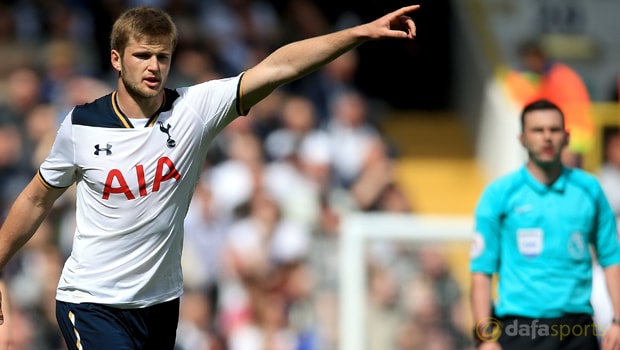 Eric Dier believes Tottenham need to focus on their performances and not become preoccupied with silverware if they are to achieve their goals.

The Lilywhites have enjoyed another strong campaign and currently sit second in the Premier League behind Chelsea and are set to face the Blues on Saturday in the semi-finals of the FA Cup.

Ironically, it was their London rivals that Spurs beat to win their last piece of silverware, the 2008 League Cup.

They have fallen short on a number of occasions to win a trophy since but there is a feeling this weekend’s clash at Wembley could provide a watershed moment for Mauricio Pochettino’s men.

The Argentine’s young side have again made huge strides in recent months and Dier himself has shown his qualities, switching with ease between midfield and defence.

Winning a trophy this season would certainly give the club a huge boost but the England star says they cannot get distracted by the prospect of silverware and insists that staying in the moment will be the key to their trophy hopes.

“I think as a team we’re progressing,” he told the official Emirates FA Cup match programme for the game.

“We finished third last season and we’re second in the league at the moment and also in the semi-finals of The FA Cup, so that is progression.

“We just need to keep that going and not get too obsessed on the idea of winning trophies.

“If we keep progressing, that should happen naturally and the trophies will follow.”