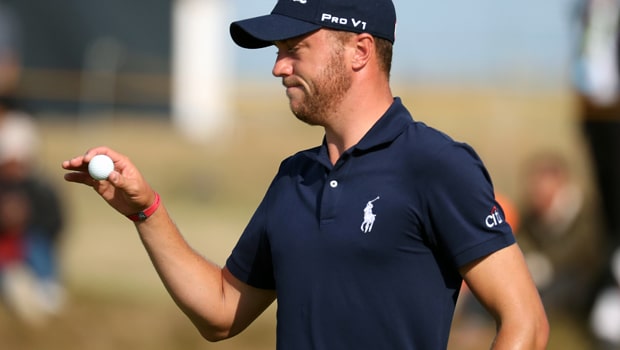 Justin Thomas is ready for his bid to become the first player to successfully defend the FedEx Cup title since the Playoffs began in 2007, despite showing up for his pre-tournament news conference with his wrist wrapped in medical tape.

The American is ready for the Tour Championship in Atlanta and next week’s Ryder Cup in Paris and feels that having taken a week off to allow his wrist heal might even turn out to be a plus-factor.

Thomas said he injured his right wrist while hitting a shot on the 13th hole of the final round during the BMW Championship at Aronimink.

As a precautionary measure, he taped it and worked only on his short game in the week since his tied-12th finish at the BMW.

That down time towards the end of a season where he is already a three-time PGA Tour winner may prove to be no bad thing, says Thomas, though he admits he’s no expert in dealing with injuries. “I’d never had an injury before,” Thomas said.

“I’ve never had it happen. It just kind of popped up, and yeah, I took last week off, didn’t hit a ball.

“I chipped and putted a lot, so my short game feels pretty good. But in all honesty, this time of year, it’s nice to take time off. You’re better off being mentally fresh than you are, I would say, having my game physically fresh.

“I could have been kind of run into the ground,” he added.

“Getting that time off and getting some rest and just trying to get this thing healed up and feel good as soon as possible…was important.”

Thomas is 13.00 to win the Tour Championship in Atlanta. Justin Rose and Rory McIlroy share favouritism at 9.50 while Tiger Woods is 12.00.