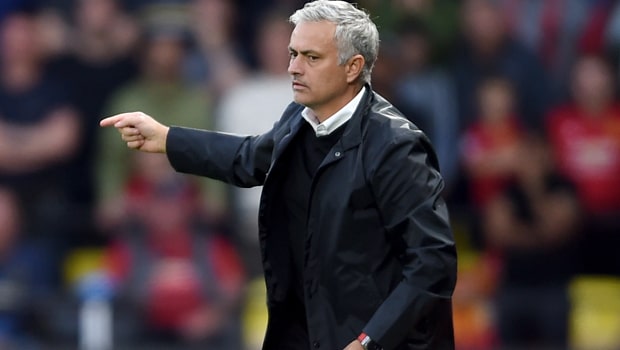 Jose Mourinho says Manchester United won’t be using the artificial surface as an excuse should they fail to perform in their Champions League opener against Young Boys.

The Red Devils are Switzerland for their Group H opener at the Stade de Suisse in Bern. While Mourinho has elected to leave 33-year-old defender Antonio Valencia at home as his knee problems mean the artificial pitch isn’t ideal, he says the rest of his squad must deal with it.

The Portuguese drew comparison with tennis great Roger Federer, insisting his players must adapt to the surface, even if it not their first preference.

“I don’t want to use that, especially before the match, as a possible excuse for a not good performance,” said Mourinho.

“I can get an example, since we are in Switzerland, the home of one of the best ever tennis players – I’m pretty sure that the big man sometimes is not happy to play on such a surface but he has to play and he has to win.

“Everybody knows he has a favourite surface, but he also has to win on other surfaces that he is not in love with, so we have to do it.”

Man United reached the last-16 of the Champions League before losing 2-1 over two legs to Spanish side Sevilla.

They will be targeting maximum points in Switzerland as they begin a Group H journey that also pits them against Juventus and Valencia.