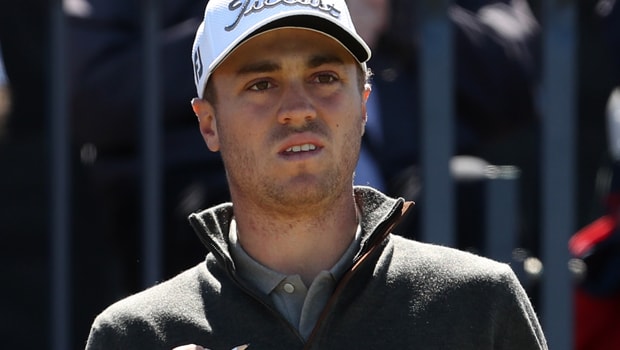 World number two Justin Thomas says he is in a “great place mentally” after landing his first WGC event by a comfortable four strokes at the Bridgestone Invitational on Sunday.

Thomas started the final round at Firestone Country Club with a three-shot lead and he never showed any signs of relinquishing it as the chasing pack, which included Rory McIlroy and Ian Poulter, fell away.

America’s number two made two birdies and one bogey for a one-under-par round of 69 to finish the tournament on -15, four shots clear of compatriot Kyle Stanley in second.

Dustin Johnson had threatened to make a move after he birdied seven of his opening 10 holes, but he was unable to get anything going in the closing stages and ended up carding a round of 64 to finish in a tie for third alongside Denmark’s Thorbjorn Olesen.

Northern Ireland’s McIlroy failed to get anything going on the last day as he signed for a three-over-par 73, ending up in a four-way tie for sixth on -8, seven shots adrift of the winning mark.

Attention now turns towards the US PGA Championship at Bellerive Country Club this week and Thomas, who will be aiming to become the first man since Tiger Woods in 2004 to successfully defend the title, is feeling good ahead of the final major of 2018.

“I’m just in a great place mentally right now,” he was quoted as saying by pgatour.com.

“I just was so patient and calm all week.”

Thomas is 13.00, the same price as compatriot Jordan Spieth, to win the US PGA, while Johnson is the 9.00 favourite to land his second major crown.