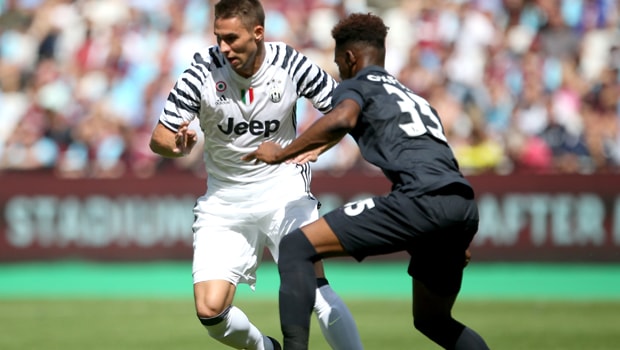 Marko Naletilic, agent of Juventus winger Marko Pjaca, has confirmed his client will be joining Fiorentina from Juventus after a breakthrough in lengthy negotiations.

Croatia international Pjaca, who played at the 2018 World Cup as his country finished runners-up, has been a target for Fiorentina throughout the summer transfer window and talks have been ongoing over a deal for several weeks.

There were doubts over a move due to the time it was taking to get a deal done and, at one stage, reports claimed other interested parties from across Europe could swoop in with a late move.

However, the 23-year-old winger looks set to join the Viola on an initial season-long loan, with the club then holding the option to make the deal permanent for an agreed fee.

Speaking to FirenzeViola.it about the imminent move, Naletilic said: “It’s true that negotiations have been protracted for some time. But at the end of the day, let’s say it’s part of the transfer market.

“All that matters is that everything worked out for the best. There’s nothing else to add that’s important.

Pjaca really is very happy to be facing a new challenge. He knows the tradition and importance in Italian football of wearing the Fiorentina shirt.”

Fiorentina open their Serie A season away at Sampdoria on August 19 and the visitors are 2.75 to pick up the win. The draw is priced 3.25, while the hosts are 2.50 favourites.