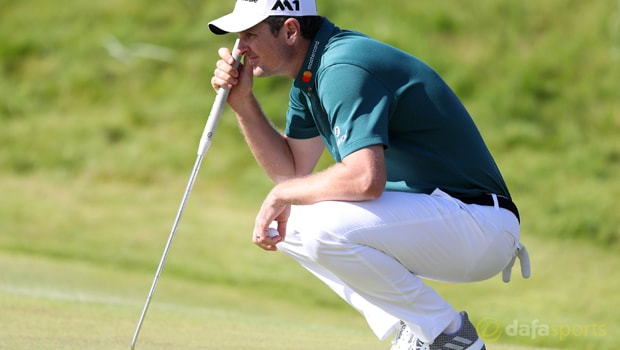 Justin Rose came from eight shots behind to secure a surprise victory in the WGC-HSBC Champions on Sunday.

The Englishman went into his final round at Sheshan Golf Club in a tie for fourth, but with world number one Dustin Johnson holding the overnight lead, his chances of victory appeared slim.

However, Johnson faltered to a five-over-par round of 77, which allowed the chasing pack to move into contention, and it was Rose, who carded a round of 67, that sealed overall glory as he finished two strokes clear of the field on 14-under.

The 37-year-old admitted after his round that he did not believe he had a genuine chance of winning at the start of Sunday’s action, but he was understandably delighted to seal what was his first victory on the PGA Tour since April 2015.

“The beginning of the day, I was playing for second,” Rose was quoted as saying on the PGA Tour website.

“It’s the kind of day you certainly don’t expect. It’s the kind of a day you hope for — dream for — but a lot of things need to go your way in order for a day like today to happen, coming from eight shots behind, especially going against a player like DJ.”

Rose will be hoping his maiden victory of the new season will stand him good stead ahead of what is expected to be a busy 2018 for the world number 13, as he is likely to form part of Thomas Bjorn’s European Ryder Cup team.

Europe are priced at 2.15 to claim overall glory in the prestigious team event next autumn, while the USA are available at 1.85 and the tie is on offer at 11.00.