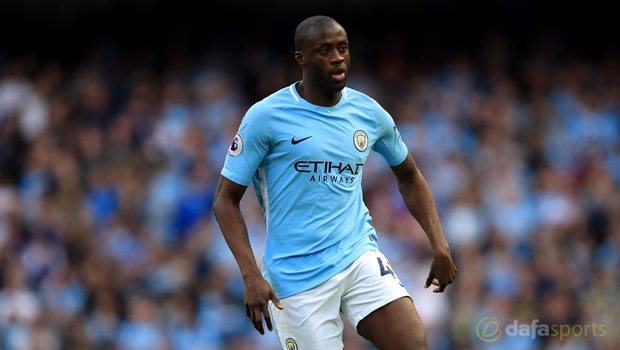 Yaya Toure admits he wants to win the Champions League before he brings his Manchester City career to an end.

The former Ivory Coast international claimed European club football’s top prize during his time with Barcelona in 2009, but since joining City eight seasons ago he has never made it beyond the semi-finals.

Toure has enjoyed domestic success with the Citizens, winning two Premier Leagues, two EFL Cups and the FA Cup during his time at the Etihad Stadium, but he insists his ultimate goal before he leaves the club is to claim Champions League glory.

“I want the Champions League again – so badly,” he said, as quoted by The Mirror.

“I have won everything in England with City and now I want something that is really special for the fans and the club.

“I have been lucky enough to win some important trophies for my clubs and also Ivory Coast. But the Champions League is special. To be happy, I really need to win it again.”

The 2017-18 campaign could prove to be Toure’s last opportunity to win Europe’s premier club competition with City, as he is out of contract at the end of the season and has rarely featured for Pep Guardiola’s side so far this term.

The 34-year-old will be hoping to get a rare run out when City travel to the Stadio San Paolo to take on Napoli in the Champions League on Wednesday.

The Citizens have won all three of their European matches to date this term and they are priced at 2.50 to secure another three points in Naples, while the hosts are available at 2.80 and the draw is on offer at 3.60.