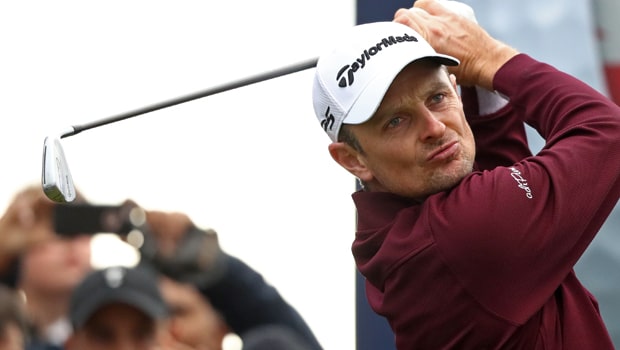 England’s Justin Rose is confident his game is in a good place as he tries to win The Open Championship at Royal Portrush.

The world number four has not played for four weeks as he tries to fine tune his preparations for the final major of the campaign. Rose has not played since last month’s U.S. Open at Pebble Beach, where he finished in a share of third.

The 38-year-old has never won The Open but, while he believes the schedule is now too condensed, he claims his game is primed to compete. He told Sky Sports: “I think we’re all trying to adapt to this new schedule, this new rhythm of the majors, and they seem to be coming thick and fast at the moment.

“It’s about trying to peak, valley, and peak again. In such a short period of time in which you’re able to do that. There’s always that drop off after a major, from an intensity point of view, anyway.

“Anytime you’re in contention to win an Open it’s an amazing feeling, especially being a home player. I think it’s the one that we all dearly love to win. That was fun. “That’s the goal, isn’t it, to go one better this year and get your hands on the [Claret] Jug.

“Game is ticking along in the right direction. I’m chipping away at it. I feel like sometimes if you come in absolutely pure a week or two ahead of time, it can be tricky to keep it going for so long. I feel like I can really build into this week.”

Rose is 26.00 to lift the Claret Jug this weekend, while Rory McIlroy is 9.50 to win the event for the second time.