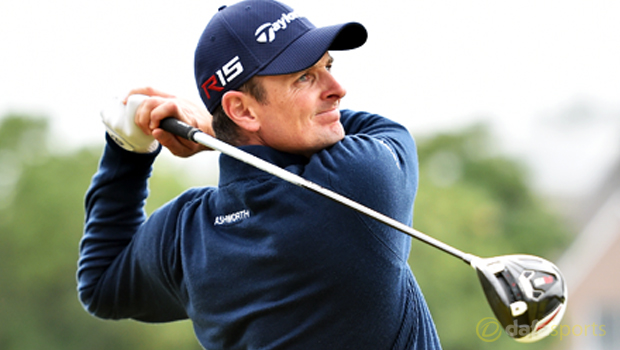 Justin Rose insists he will be fully fit for the year’s second major, the US Open, despite his withdrawal from the recent BMW PGA Championship.

Rose has picked up a back injury which forced him to pull out of the Wentworth tournament, won by Chris Wood, but the 35-year-old is confident he will be back to full fitness in time for the next major. The 35-year-old Englishman has a good record in the big events of late, having managed top-10 finishes in four of the last five majors.

The world number 10, who has been ranked as high as three in the past, says it is “disappointing” that he had to pull out of the European Tour’s flagship event, but he has no major worries ahead of the US Open, which takes place between June 16 and 19.

When asked about his chances on being fit for the US Open, he told Sky Sports : “That’s the goal really, to be 100% fit, ready and focused for that one.”

Holder Jordan Spieth is available at 8.00 to successfully defend the title he claimed at Chambers Bay, Washington, last year, while 2011 winner Rory McIlroy is on offer at 7.50 with world number one Jason Day the current favourite at 7.00 to claim a maiden US Open crown.

Masters winner Daniel Willett is priced at 29.00 to make it back-to-back major successes while the 2014 US Open champion, Martin Kaymer, can be backed at 67.00.