Justin Rose looking to get season back on track 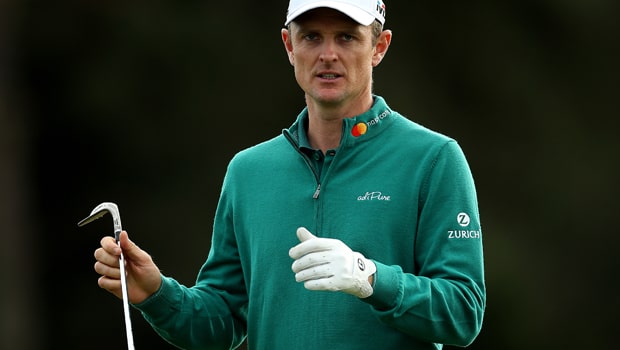 Justin Rose is hoping he can get his season back on track with a positive showing at this week’s Wells Fargo Championship.

The Englishman had been a picture of consistency over the last 18 months, securing 19 top-10 finishes from his last 29 starts on the PGA Tour, a run that includes three victories and a triumph in last year’s FedEx Cup Playoffs.

However, after taking a break in February to keep himself fresh for the rest of the season, Rose has been unable to rediscover his best form, culminating in missing the cut at the Masters last month.

The 38-year-old admits the last couple of months have been a bit of a grind, but he is happy with where his game is at ahead of this week’s tournament in North Carolina.

“I like where it’s going to go,” Rose told reporters when asked where he feels his game is at. “I kind of came out of that month not playing as well as I would have hoped. “The Florida Swing became a bit of a struggle and a bit of a grind.”

Rose will be competing in the Wells Fargo Championship for the first time in three years and he has a good record in the tournament, finishing in the top five on his last two appearances and he is priced at 13.00 to claim overall glory this week.

The world number two is certainly hopeful over what the rest of the season holds, as he feels a return to top form is just around the corner.

“Winning this year is great, but I feel like there’s a bit of a refocus and rededication and remotivation that I found in the last week or two,” Rose added.

“I’m excited about what I can rebuild going forward for the rest of the season.”