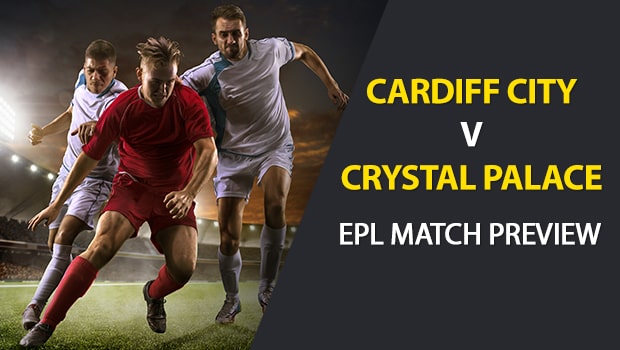 In potentially one of the better matchups this weekend, Crystal Palace hit the road for a matchup with Cardiff City. AccuScore has a slightly different take on this game compared to offshore odds makers.

Draw: There’s a 29 percent chance the match ends in a draw. There’s a draw in 30.5 percent of AccuScore sims, suggesting some added side value on the draw.

Last 5: Cardiff City have 4 losses and 1 win in their last 5 overall. Crystal Palace have 2 wins, 2 losses and 1 draw.

Building Momentum on the Road: Crystal Palace have been surprisingly better on the road than expected. They have the sixth-best road record this season, collecting 26 points on 8 away matches so far.

Head to Head: These two sides already played once at Selhurst Park, finishing in a goalless draw in London. Crystal Palace had 31 goal attempts in that match.

There’s a 35.6 percent chance Crystal Palace win this match. They win 42 percent of AccuScore sims, suggesting some added side value on the pick. This is a 4-star (out of four) hot trend pick.