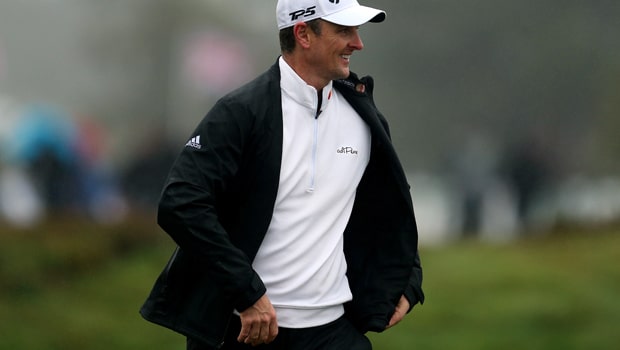 Justin Rose is eager to get in contention for tournament success with one eye already cast towards the seasons’ opening Major at Augusta National next month.

The world number two has taken a month off from the game following a hectic schedule but says he is now eager to hit the ground running when he contests the Arnold Palmer Invitational at Bay Hill this week.

The Englishman has gone close at the Masters in the past, losing a playoff to Sergio Garcia in 2017, and he admits that getting into the mix for a win before arriving in Georgia is important to him.

“I’ve had four weeks off at home putting some gas back in the tank,” the 38-year-old said at Bay Hill.

“(The Masters) is on the mind for sure. It’s about (trying) to keep your game fresh and sharp to peak there,” Rose added.

“It’s really important to be in contention once or twice heading into the Masters.”

Six of the world’s top ten will help make up the field at Bay Hill, including defending champion Rory McIlroy.

The Northern Irishman will be targeting victory this week but is also using the time to prepare for the Masters.

With top-five finishes in his last four stars, McIlroy is certainly contending, though he admits he is still tinkering with the Green Jacket and a potential career Grand Slam of the Majors on his mind.

“I’ve been messing around with a 64-degree lob wedge as I think that could be beneficial around (Augusta),” McIlroy said.

“I’ve been making sure I get my driver turning over (right-to-left) as that’s something I’ve struggled with the last couple of years at the Masters.”

McIlroy is favourite at 7.00 to win the Arnold Palmer Invitational, while Rose is priced at 11.00 for victory.