Justin Rose in contention at US Open 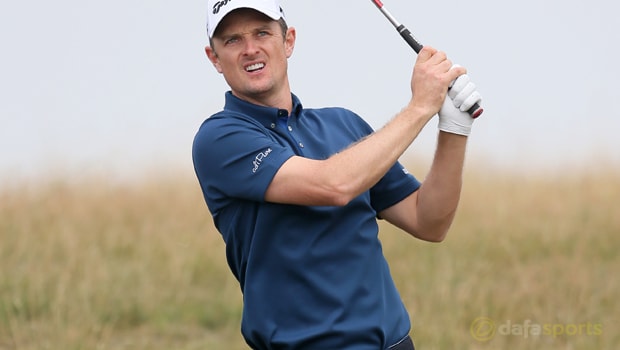 England’s Justin Rose moved into contention after the third round of the US Open as the tough conditions continued to cause problems for the majority of the field at Shinnecock Hills.

Sunday’s final round is set to be a thriller after four players claimed a share of the lead on Saturday. Daniel Berger’s 66 moved him into contention and he was joined by Tony Finau after he carded the same score.

The duo are joined by defending champion Brooks Koepka as well as overnight leader Dustin Johnson, although he did shoot a 77 on Saturday.

Rose’s 73 means he is just one off the lead as he tries to win his second US Open crown.

The round was marred by Phil Mickelson’s decision to deliberately take a two-shot penalty but he was not disqualified despite many calling for the officials to do so.

Rose admits it was tough going but he believes he can go all the way this weekend.

He told reporters: “The course was just a battle. There was no reprieve out there with any shots but I survived it and I’ve now got a good shot.”

Fellow countrymen Ian Poulter is tied in 10th on seven-over par and he was another player that hit out at the conditions.

They set it up like this for a reason. They want it brutally hard. It’s a stern test.”

Rose is now 5.25 to win the tournament but Johnson remains the favourite at odds of 3.40.