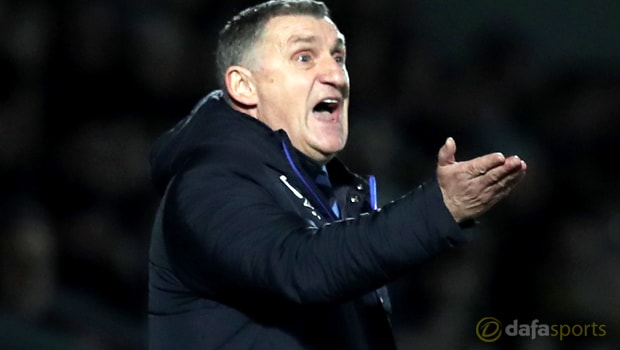 Keeping up their goalscoring form is the key if Blackburn Rovers are to continue their excellent recent form, says midfielder Richie Smallwood.

A run of four straight wins in League One has helped Tony Mowbray’s side move into fourth spot, on the heels of the leaders and the automatic promotion places.

Victory at seventh-placed Peterborough on Saturday is the next target and Smallwood is keen to keep the momentum going.

“We’ve hit form at the right time and with the games in hand we’ve ended up taking advantage in recent weeks,” he said.

“We’re three points off second and five off the top. It’s only a week’s worth of football and as long as we keep winning we’ll let the other teams deal with themselves.

“We know the games are coming fast and it’s a tough month ahead. We’ve been scoring three and four away from home and want to continue that on Saturday.”

Smallwood helped Rotherham to promotion via the League One Playoff Final in 2014, so he knows what is required to get out of English football’s third tier.

With a hectic spell looming every member of the squad will be vital, he says.

Their form in front of goal has been superb – 16 goals in five games – but they let a 3-1 lead slip away in the FA Cup against Crewe last Sunday and must stop conceding ‘sloppy goals’.

“The manager isn’t happy with us conceding sloppy goals but we’ve been scoring plenty and hopefully we can continue that goalscoring and form,” Smallwood added.

“The run we’re on is good, but we want keep things ticking over and maybe go on a ten-game run and more to really push us on.”