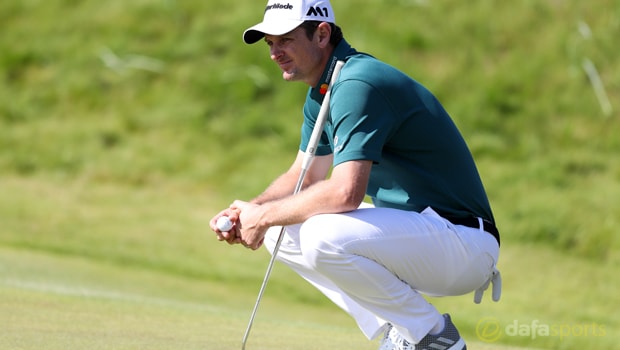 Englishman Justin Rose expressed his delight after his sensational 10-under-par 62 gave him an early two-shot advantage on day one of the Indonesian Masters.

Rose, who is aiming to win three titles in a calendar year for the first time since 2002, started on the back nine at Royale Jakarta Golf Club and produced one of his best opening-rounds of the season.

The world number six made 10 birdies in a bogey-free round to climb to the top of the leaderboard on day one, opening up a two-stroke lead from Thailand’s Gunn Charoenkul.

Phachara Khongwatmai, also from Thailand, is in a tie for third with South Korean Giwhan Kim on -7, three shots off the pace, whilst Ashley Hall, Lu Wei-Chih and Tze Huang Choo are in a three-way share of fifth on -6.

No less than six players are sitting on -5, five adrift of the leader, with Gaganjeet Bhullar, Lucas Herbert, Steve Lewton, Yusaku Miyazato, Younghan Song and Scott Vincent all carding rounds of 66.

If Rose can maintain his current level of form it will be hard for the field to catch him, and the 2013 US Open champion was jubilant when reacting to his impressive start via social media.

He posted on Twitter: “Nothing better than a bogey-free round, and 10 birdies!!”

Rose is heading into a crucial 2018 as he aims to secure an automatic place in Europe’s Ryder Cup team for the event in France.

Defending champions the USA are 1.95 favourites to retain the title, a draw is priced at 11.00 whilst the challengers are a 2.05 shot.