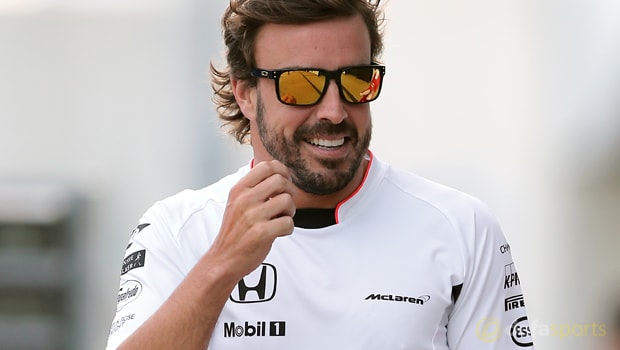 Fernando Alonso is hoping McLaren can challenge more seriously for victories and podiums next season after switching engine-provider from Honda to Renault.

Eight-time constructors’ champions McLaren made the decision to part ways with Honda, bringing a disappointing three-year partnership, which brought about zero wins, to an end.

The Woking-based outfit have joined forces with Renault and there is much more optimism going into the new campaign after agreeing terms with the new partner.

The French manufacturer have previously provided an engine to Red Bull Racing that saw them regularly score podiums and take five grands prix victories in the past two seasons.

Alonso, who finished 15th in the Drivers’ Championship last season, is looking forward to the new season and he wants to be challenging the likes of Mercedes and Ferrari for wins.

He told Sky Sports: “We can see what Red Bull are doing with the Renault power unit.

Maybe they are not the quickest, but they are fighting for podiums and victories. That will be a very good step if we can achieve that.”

Alonso, who will be going into his 19th year in Formula One, also spoke about the departure of Honda as the engine-supplier, admitting there is both positives and negatives about the split.

He added: “I’m sad on one side and happy on the other because l think next year will be much better.”

Silver Arrows ace Lewis Hamilton, who won the world title for a fourth time in 2017, is once again expected to be the one to catch whilst team-mate Valtteri Bottas is also being tipped to challenge.