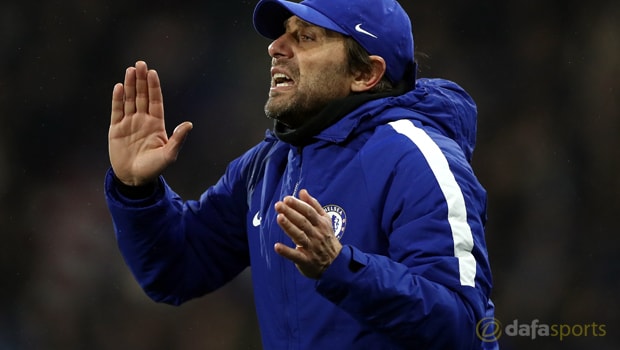 Antonio Conte believes Chelsea must win all their remaining Premier League matches to stand any chance of defending their title this season.

The Italian led the Blues to overall glory last term, but they have been unable to keep pace with early-season high-flyers Manchester City during the current campaign.

Indeed, following their weekend defeat at West Ham, a result that left them 14 points off the top of the standings, Conte declared that it was impossible for his side to win the league this season.

However, the West Londoners have, temporarily at least, reduced the deficit at the top to 11 points following their 3-1 victory at Huddersfield on Tuesday and Conte has now confirmed his side could still claim the title, but they would have to win all their remaining league fixtures.

He said: “It doesn’t mean we don’t want to try to catch them but we have to hope they have a big, big slip and for us then to win every game in this league. And it is very difficult in this league. You have to put in 120 per cent otherwise you risk dropping points.”

Conte believes City, who are yet to taste defeat in the league, have shifted the goalposts this term, making it more difficult for his side to mount a serious title challenge.

“When you have a competitor like City and every game they are winning, it is very difficult to think you can fight for the title,” the 48-year-old said.

Chelsea have won the Premier League title in two of the last three years and they are priced 41.00 to overhaul City and claim English football’s top prize once again this term.