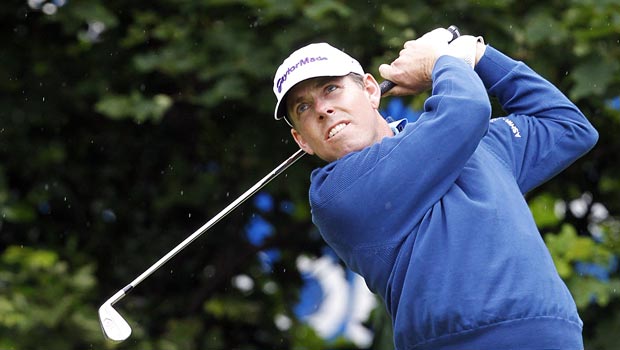 Justin Leonard, winner of the Open in 1997, has made it safely through a qualifying tournament to earn a place in the US Open at Pinehurst on June 12.

The 41-year-old was one of a number of familiar names that were in action earlier this week in a bid to make the list for the Major, staged on the No 2 course at Pinehurst, North Carolina.

Lesser competitors mixed it with more illustrious names at 10 sectional courses to bid for glory, with Leonard in action at the Brookside Golf and Country Club in Columbus, Ohio.

Leonard carded a five-under par 137 that saw him finish in a three-way tie that was enough to book his ticket.

He said afterwards: “It is nice because it’s been three or four years since I’ve been in the U.S. Open.

“It will be fun playing in Pinehurst; it’s one of my favorites.”

Britain’s Paul Casey, American Bo Van Pelt and Australians Aaron Baddeley and Robert Allenby were some of the more high profile names that were also among the 16 qualifiers from Columbus.

However, former Masters champion Mike Weir and Trevor Immelman failed to qualify, as did the likes of KJ Choi and Camilo Villegas, while Fiji’s Vijay Singh, a three-time major champion, withdrew due to a back injury.

Defending champion Justin Rose, 2011 winner Rory Mcllroy, and fellow Northern Irishman Graeme McDowell will be present again when the action tees off a week on Thursday.

Check out all the latest golf odds with Dafabet.