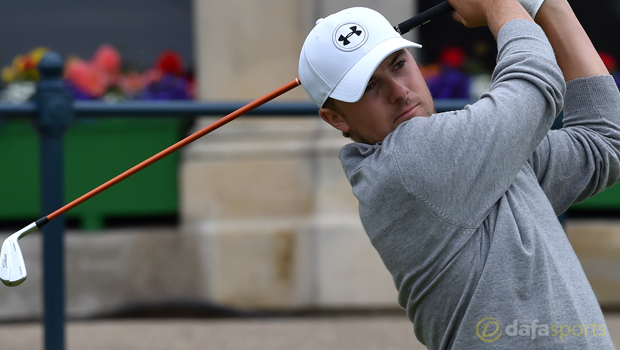 Jordan Spieth has vowed that his confidence in closing out tournaments will not be dented by his late collapse in the Masters at Augusta.

The American was in a strong position to become just the fourth man to defend the Masters crown when he fired four successive birdies to close out the front nine in his final round.

Moving to seven-under par for the tournament, Spieth held a five-shot advantage over the chasing pack as he turned into the final nine holes.

Augusta National bared its teeth in spectacular style as Spieth made back-to-back bogeys on the 10th and 11th holes before things unravelled completely on the par-three 12th hole.

Spieth, 22, twice saw his ball go into Rae’s Creek before he eventually got up and down from a greenside bunker to card a quadruple-bogey seven.

In spite of his implosion, the Texan regained his composure in admirable fashion to pick up birdies on the 13th and 15th holes and, remarkably, moved with two shots of eventual winner Danny Willett once more.

His birdie putt on the par-three 16th slid agonisingly past the hole and with a further dropped shot coming on the penultimate hole, Spieth would settle for tied-second alongside England’s Lee Westwood on two-under par – three shy of Willett’s winning total.

Assessing what had gone wrong, the usually ice-cool Spieth admitted he had briefly lost his discipline on the 12th hole, making the wrong decision to play his third shot from the fairway.

“I probably should have gone to the drop zone where we knew the yardage. It was tough to commit over by the 13th hole,” Spieth said.

“It was a lack of discipline to hit it over that bunker coming off two bogeys instead of recognising that I’m still leading the Masters by a couple of shots.”

However, Spieth says the Augusta experience will not diminish his confidence when he puts himself in a winning position again.

“We still have the confidence that we are a closing team, I have no doubt about that ability – it was a very tough 30 minutes that hopefully I never experience again,” he added.

Spieth is 7.50 to win the US Open at Oakmont in June while last year’s runner-up Dustin Johnson can be backed at 19.00.