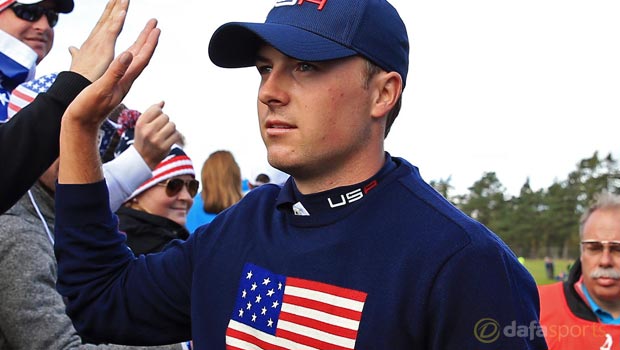 Jordan Spieth is excited about the prospect of challenging at the top of the game for years to come, having won his first major at the tender age of 21.

The American roared to Masters glory at Augusta last week and is relishing the chance to pit his wits against the likes of Rory McIlroy and other more experienced stars, having moved up to second place in the world rankings.

“Rory McIlroy is the one carrying the torch now, he’s No 1 in the world,” Spieth said ahead of the RBC Heritage in South Carolina. “There’s a lot of great young players as well as guys in their prime and guys that are more experienced.

“There’s a wide array of great golf going on and as far as somebody to carry the torch, I’d like to get in a position to battle it out with couple of these guys.”

Meanwhile, Spieth is hoping to back up his Masters success with another good showing at Harbour Town, as he bids to become only the second player to win the week after securing the Green Jacket.

German great Bernhard Langer is the last man to have completed that unique double, having won the RBC Heritage a matter of days after being crowned Masters champion in 1985.

Spieth is almost certain to be a member of the United States team for the 2016 Ryder Cup, with the hosts 2.20 to win the clash with Europe at the Hazeltine.