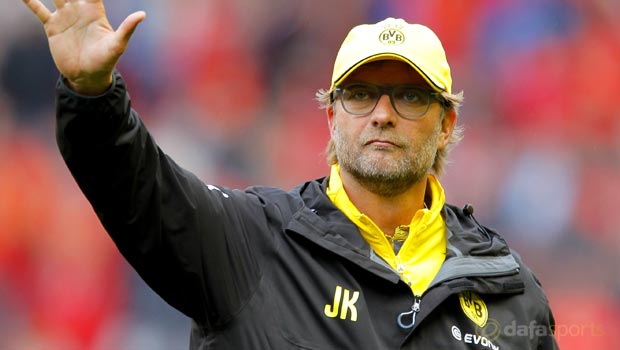 Jurgen Klopp’s decision to leave Borussia Dortmund at the end of the season could open the door for a move to the Premier League.

The 47-year-old announced on Wednesday that he will be bringing an end to his successful seven-year tenure at Signal Iduna Park this summer.

Klopp has won two Bundesliga titles at BVB while also taking his team all the way to the final of the Champions League, only to lose out to fierce rivals Bayern Munich.

But that rivalry has not been evident this season, with Dortmund enduring their worst campaign for years and flirting with the relegation zone for the first half of the season.

They are still not totally safe and, with six games to go, sit in 10th place in the German top-flight standings with 33 points.

However, Die Schwarzgelben are only six points clear of SC Paderborn 07, who currently occupy the relegation play-off spot, and so they cannot rest on their laurels during the run-in.

Klopp’s position at the club has been the subject of much speculation all season, with links to Arsenal, Manchester United and Manchester City, and it is the latter club that might be a possible destination for the talented coach.

Manuel Pellegrini looks a ‘dead man walking’ at the Etihad and Klopp could be seen as a younger man to enthuse the players and fans by getting them to play the kind of football that saw two Premier League titles won in three years.

But, wherever he ends up, the popular and sometime eccentric tactician feels it is the correct time to sever ties with Dortmund.

“I really think the decision is the right one,” he told a news conference. “This club deserves to be coached from the 100% right manager.

“I always said in that moment where I believe I am not the perfect coach any more for this extraordinary club I will say so.”