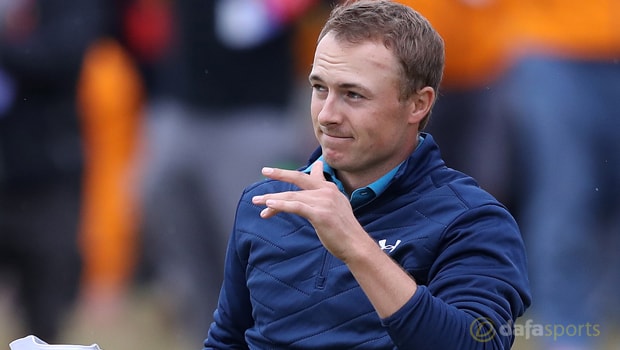 A familiar face leads the way after the opening round of the Masters as Jordan Spieth sits two shots clear on six-under-par.

The 2015 champion, who is priced at 2.88 to win the tournament, is looking to claim his second Green Jacket at Augusta National and he enjoyed a fantastic start on Thursday, carding an eagle and seven birdies along with three dropped shots on his way to a round of 66.

The 24-year-old has had his share of ups and downs during his recent Masters’ appearances, as he had been on course to successfully defend his title in 2016, but a quadruple bogey during his final round handed Danny Willett overall glory that year.

Spieth admits that near miss still pains him, but he also knows that he can play with confidence given he has won the tournament previously.

“Once you’ve won out here, you have a tremendous advantage over those who haven’t.”

Matt Kuchar and Tony Finau are Spieth’s nearest challengers on four-under, with the latter’s performance being particularly impressive after he suffered what appeared to be a nasty looking ankle injury during Wednesday’s par-three competition.

The likes of Rory McIlroy, Henrik Stenson and Patrick Reed are a shot further back on three-under, while Tiger Woods, who is playing in his first major since 2015, enjoyed a solid enough start, as he sits seven strokes off the pace on one-over.

One man who is not in contention is defending champion Sergio Garcia, who endured a day to forget as he carded a round of 81 after hitting five balls into the water at the par-five 15th.