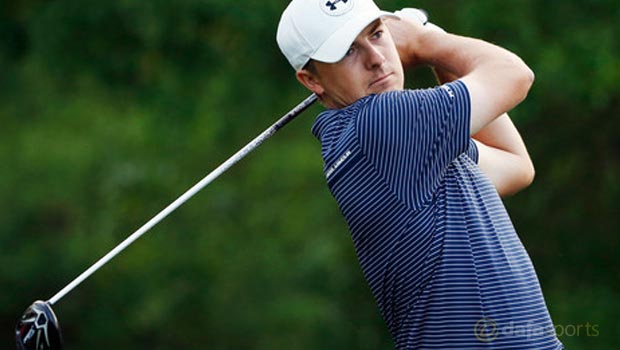 Home favourite Jordan Spieth hopes he can carry his current form into next week’s Masters after moving one shot clear of the field at the Shell Houston Open.

The 21-year-old looks likely to tee up at Augusta next week as one of the favourites to claim the green jacket having made an excellent start to 2015.

Heading into this week’s PGA Tour event, Spieth had posted five top-seven finishes and is now on course for his second win of the year in his home state of Texas.

Spieth is Evens to clinch the Shell Houston Open heading into the final round after shooting a five-under 67, reaching the turn in 34 after carding birdies at the first and sixth.

While the two-time PGA Tour winner dropped a shot at the 16th, he picked up four more on the back nine to move onto 14-under for the tournament, a shot clear of Scott Piercy, Johnson Wagner and Austin Cook in second.

While Spieth is eager to focus on the final round of the Shell Houston Open, he was inevitably asked about his chances at the Masters, admitting confidence is high heading to Augusta.

“I believe I’ll be able to handle certain situations better having closed a couple of tournaments out now, I know my tendencies, I know the golf course a little bit better having played a few more rounds on it,” he told Sky Sports 4.

“All in all, I’d just like to hit the ball the way I’m hitting it now, work on my putting out there, work on my speed control and see if I can get in the hunt.”

Meanwhile, Patrick Reed moved into contention on 11-under thanks to a hole-in-one at the 16th and he is now priced at 22/1 to win the tournament.