Jordan Spieth hoping to use past experience 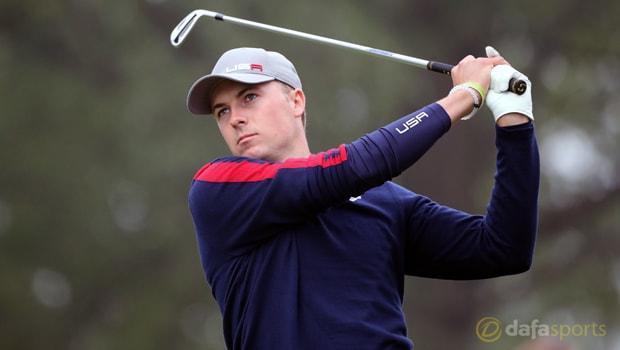 Former world number one Jordan Spieth is planning to use his previous Masters experiences on Sunday as he looks to clinch a second Green Jacket in three years.

The American won the event in 2015 and looked like repeating that feat last year before a sensational collapse on the final round. His mistakes allowed Danny Willett to secure the title but Spieth is ready to make amends this year.

He is currently in a tie for fourth alongside countrymen Ryan Moore and Charley Hoffman, with the trio two shots off the lead.

Justin Rose and Sergio Garcia currently lead the way on six-under par but Spieth is hoping his previous experiences can stand him in good stead.

He is currently priced at 4.33 to win and the 23-year-old is ready to put the pressure on his rivals at Augusta on Sunday. “I know that anything can happen!” he told reporters.

“I know that when guys press out to a lead to obviously – if somebody gets hot on the front nine tomorrow that’s not myself – stay in there, stay patient, you just never know.

“Not to toot my own horn, but personally I’ve come back and won tournaments before, all the way from six back on the PGA Tour, so I can draw off those experiences.

“Watching the resiliency of teams that are down and kind of falling at certain first halves ‑ obviously the Super Bowl this year is a very clean example of somebody that just refused to lose, and the entire team refused to lose.

“Therefore, they didn’t give up, felt the momentum and when the momentum was on their side, they then ran with it and continued to press and press and get better and better.”