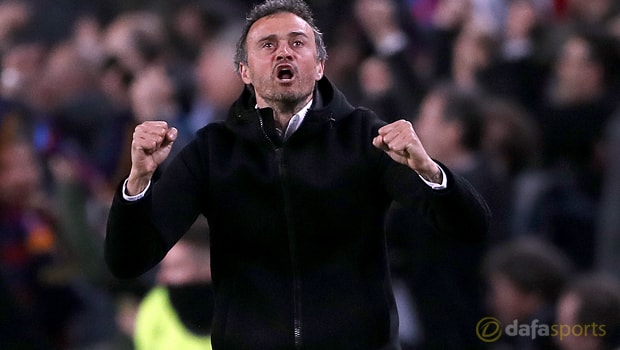 Barcelona manager Luis Enrique was quick to claim his side’s 2-0 defeat to Malaga was unfair as his side lost ground in the La Liga title race.

Enrique’s men went into the clash needing to win to draw level at the top after Real Madrid were held to a 1-1 draw earlier in the day.

Zinedine Zidane’s men were pegged back having taken the lead at the Bernabeu by city rivals Atletico Madrid but Barcelona could not take advantage.

Three points on Saturday would have lifted Barcelona to the top of the table but Malaga had other ideas.

Goals from Sandro and Jony Rodriguez proved the difference, while Barcelona also saw Neymar sent off after he picked up two yellow cards.

Madrid now have a three-point cushion with a game in hand, but Enrique believes Saturday’s result was not fair.

He told reporters: “The result was unfair. We tried everything, but it did not come through.

“We were in control and then an error of our own cost us, we generated lots of chances, but did not have any luck.

We could have won with an effort from Luis Suarez in the first half, then had a penalty not given on Sergi Roberto.

“However, I am delighted by the attitude of the players, and even more so on a night like this. There is still a long way to go in the league.”

Barca will now need to regroup ahead of their Champions League clash with Juventus on Tuesday night.