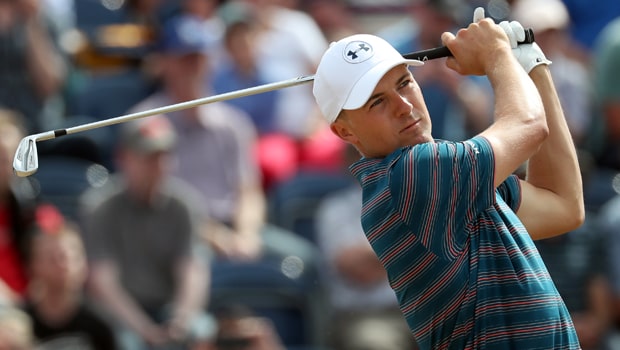 Jordan Spieth was pleased with his opening round at the Valero Texas Open but feels he needs to tighten up his driving after a four-under-par 68.

The 25-year-old, 11.00 to win the title, carded five birdies and just one bogey on Thursday and sits two shots off the lead held by South Korea’s Si Woo Kim.

It marked a return to form for the Texan, whose poor start to the season sees him down at 32 in the world rankings.

The three-time major winner has missed two cuts in his seven starts and never really threatened the top of the leaderboard, with a share of 35th at the Farmers Insurance Open his best result to date.

That may well change in the Lone Star State this week, although Spieth still feels there is work to be done.

“I didn’t hit as many fairways as I would have liked and so that is where I’m trying to improve,” he told Sky Sports. “But my game feels good and feels more consistent than it has done for quite a while.”

Rickie Fowler also sits on -4 after the first 18 holes and is priced as the 9.00 favourite to lift the trophy on Sunday.

Brian Stuard (51.00) is in a group of four players at -5, while in-form Matt Kuchar and 14 other players reached three-under after day one.

However, it was Spieth’s effort that caught the eye, with the youngster’s putting looking back to somewhere near its best after an adjustment to his stroke.

The Dallas-born ace has a superb record at the Masters and claimed the Green Jacket in 2015, with three other top-three finishes.