Saints boss not ‘afraid’ of Liverpool 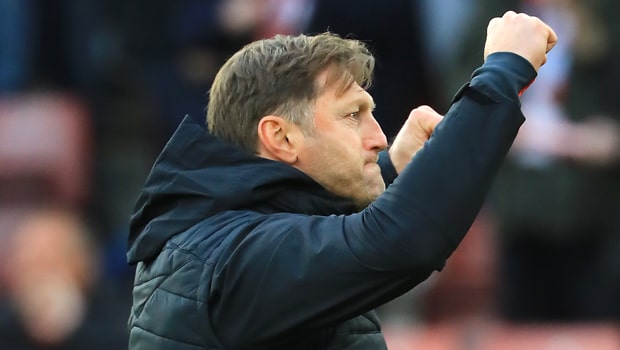 Ralph Hasenhuttl insists his Southampton side will not be “afraid” of facing title-chasing Liverpool at St Mary’s on Friday evening.

The Saints have won three of their last four games in the Premier League, pushing themselves five points clear of the relegation zone in doing so.

They face a stern test when Jurgen Klopp’s outfit arrive on the south coast, with Liverpool chasing victory and the opportunity to reclaim top spot in the table from champions Manchester City.

Hasenhuttl is a big fan of the Anfield side and their style of football and while only Pep Guardiola’s team have beaten them on league duty so far this season, he insists that shouldn’t stop Southampton approaching a home game with confidence.

“How they play is a perfect example of a physically strong team combined with the technical qualities, speed and good organisation, so you can think about why it is so hard to win against his team – only one team has done this and that is Manchester City,” Hasenhuttl said.

“This does not mean we are frightened, we are not afraid of walking out on the pitch.”

Hasenhuttl is urging his team to harness the energy from the home fans at St Mary’s to try and secure a positive result.

“We know that we are playing at home, we know that we have the crowd behind us and they are pushing us, that’s for sure,” he added.

“Then you never know, there is a chance for us to turn the table and if we have this chance we have to be prepared for it and take something [from the game].”

Saints are 8.50 to beat Liverpool, with the draw priced at 4.75 and the away side 1.40 to get the three points their title-chasing ambitions require.