Posted by Jason Stepford on November 2, 2018 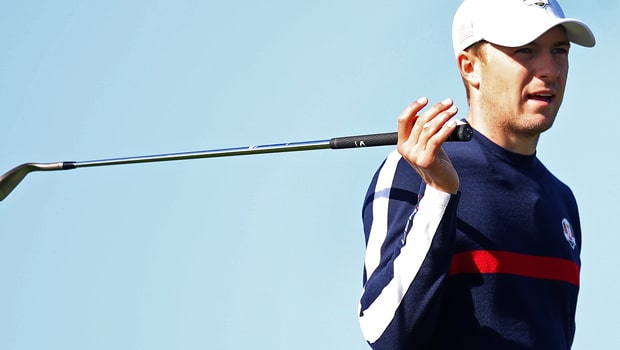 Jordan Spieth was feeling positive about his chances of winning the Shriners Hospitals for Children Open after a first round five-under 66 left him three shots off early leader Peter Uihlein in Las Vegas.

The 25-year-old American, who has not won a tournament since claiming the third major of his career at the 2017 Open Championship, mixed seven birdies with two bogeys on his tournament debut at TPC Summerlin.

However, it was only enough to sit in a seven-way tie for fifth alongside American Ryder Cup team-mate Bryson DeChambeau, Si Woo Kim, Whee Kim, Sebastian Munoz, Sam Ryder and Abraham Ancer, who was one of 20 players unable to complete their rounds after darkness brought an early conclusion to day one’s play.

Despite the three-shot deficit to the lead, Spieth, who is 7.00 to win the tournament outright, is confident that he can push on and battle it out for the title if he continues playing in a similar manner.

“It’s getting close to where I feel like I can just kind of point, aim, shoot, which is where I want to be,” he said.

Uihlein, who has only posted two top-10s in 27 starts in 2018, fired five birdies in a six-hole stretch on his way to an opening eight-under 63, while Seth Reeves sits one shot behind with one hole remaining to play on Friday.

American duo Harold Varner III and Robert Streb follow in a tie for third place after both posted rounds of 65.