Jordan Spieth fends off talk of the ‘yips’ 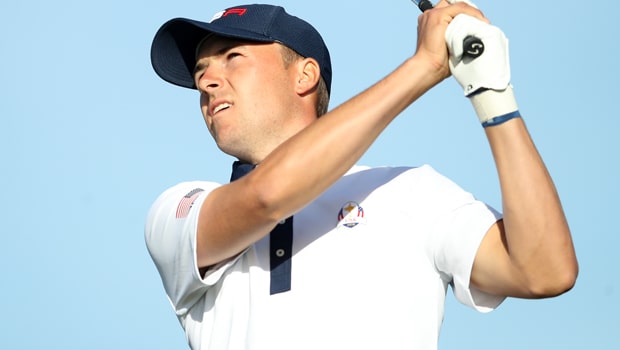 Jordan Spieth says he remains confident with his putter, despite suggestions from renowned coach Hank Haney that he is suffering from the dreaded ‘yips’.

Spieth opened his 2019 campaign with a rusty three-over par 73 at the Sony Open in Hawaii, some 12 shots off the leader, his round noted for the fact he made just 33 feet, seven inches worth of putts in 18 holes.

Last season the three-time Major champion ranked 123rd on the PGA Tour in the putting stats and missed the Tour Championship for the first time in his career.

Spieth admitted his confidence was low at times last year and, arriving in Hawaii, suggested he was eager to his 18-month winless streak.

That looks unlikely to happen this week but the American says he was content with his short stick.

“That’s closer than the swing is. It’s not to where I’m just over it and playing shots or over it and seeing lines and hitting putts. It’ll get there. I’m not worried about it.”

Adam Svensson leads the Sony Open after round one, having shot a nine-under par 61 to overhaul Andrew Putnam’s early pacesetting round.

Matt Kuchar (-7) sits in third spot on his own, with a group of three players sharing fourth spot on five-under par, four back of the leader.

“When I watch him putt, he visibly has the yips. You watch his hands on short putts and there is a tremor in there. I don’t care if the putt goes in or doesn’t,” he told ESPN.

First-round leader Svensson is 23.00 to win the Sony Open in Hawaii, with Putnam 7.50 and Kuchar 8.00 after his strong start.