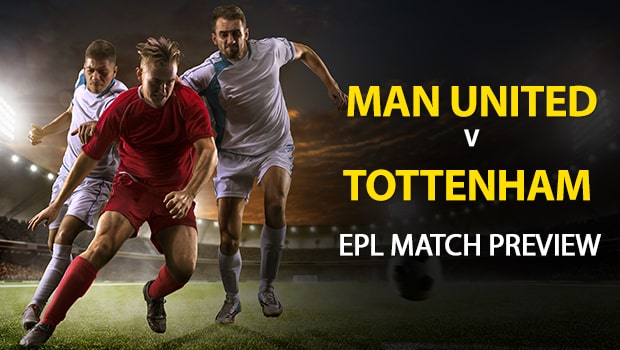 All eyes will be on Wembley Stadium this Sunday as Tottenham and Manchester United clash in must-see action. Both sides are coming off back-to-back wins.

Draw: There’s a 28 percent chance the match ends in a draw. There’s a draw in 29 percent of AccuScore sims, suggesting some, but not enough added side value on the draw.

Last 6: Both sides have five wins and one loss in their last six overall. Tottenham lost to Wolverhampton in December 2018 (3-1), and Man U los to Liverpool in December as well (3-1).

Trend: Tottenham have won by 2 or more goals in 15 of their last 30 home matches in all competitions.

Harry Kane has a 55 percent chance to score this weekend for Tottenham, averaging 4.88 shots overall per sim, 2.38 shots on goal per and 0.81 goals per sim.

Tottenham has a 48 percent chance to win this match. They win over 60 percent of AccuScore sims, suggesting quite a bit of added side value on the pick.

Tottenham winning is a 4-star (out of four) AccuScore hot trend pick.