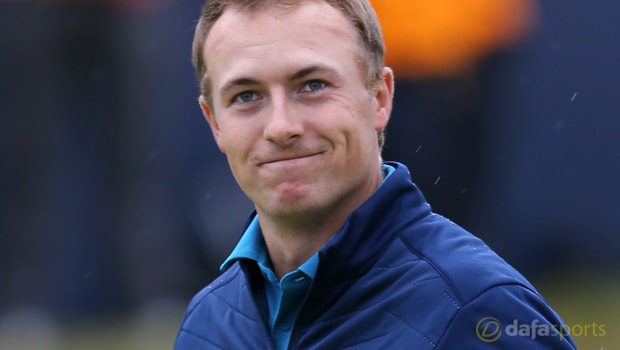 World number two Jordan Spieth is looking forward to starting 2018 at this week’s Tournament of Champions in Hawaii and says he is in a better place compared to a year ago.

In three visits to the Plantation Course at Kapalua, Spieth his finished no worse than third place, with a tournament win in 2016 when he romped home by eight shots thanks to a record-breaking 30-under-par tally.

Newly engaged to his high school sweetheart Annie Verret, the 24-year-old is feeling positive about the year ahead.

“I’m just in a fantastic place compared to where I was last year. Starting 2018, I’m ready for anything: failure, for success, and everything in between,” said Spieth.

The Open champion admits there are certain courses on the PGA Tour schedule that he bookmarks as ideal for his game, with Kapalua among them.

“It’s nice coming back here,” Spieth added. “I look at four or five courses in a year where, for whatever reason, I seem to have success, whether I’m playing great or feel like I’m kind of just kind of getting through it, and this is one of those places.”

Spieth is 6.00 to win the Tournament of Champions this week while defending champion Justin Thomas is 7.50.

Another thing that excites Spieth this season is seeing Tiger Woods back on the Tour, something he believes can only be good for golf.

“I think Tiger’s return and the excitement based on how he looked (in the Hero World Challenge) is probably first and foremost in the game this year,” he said.