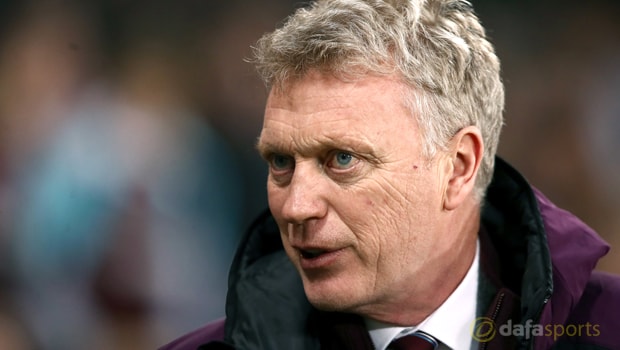 The Hammers came from a goal down at the London Stadium via an Andy Carroll brace to overcome West Brom.

The victory hoisted West Ham out of the relegation zone but left West Brom, who had led at half-time through James McClean’s deflected goal, sitting second from bottom.

Albion were playing for the second time in a little over 48 hours, having faced Arsenal at the Hawthorns on New Year’s Eve, a game they claimed a late draw from.

The Baggies had asked the Premier League to postpone Tuesday’s match, with rivals West Ham having been inactive since Boxing Day.

“If I was Alan Pardew I would be completely disappointed with the way the Premier League has set it up for them,” said Moyes.

“You would not have thought they were the team that played two days ago.”

Pardew hasn’t managed to get a win in eight games since he took over from Tony Pulis in November and he says his players were jaded by the time Carroll notched the winner in the 94th minute.

“We had players hanging at the end. They had more energy than us and it showed,” said former West Ham boss Pardew.

“Our effort with only a two-day turnaround was amazing. I thought we were tired in mind, which is what you would expect.”