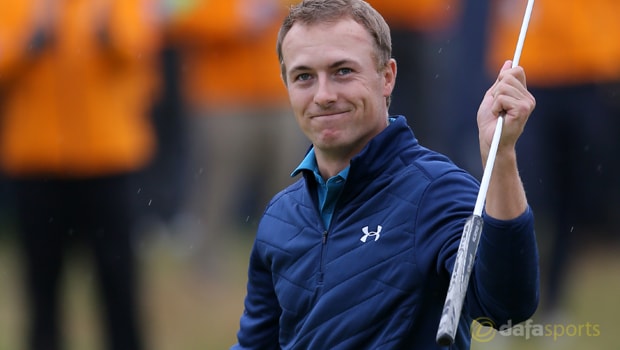 Jordan Spieth says his game is in good shape as he attempts to pick up his first victory of the season at the AT&T Byron Nelson Championship in his hometown of Dallas in Texas this week.

The former world number one missed the cut at the Byron Nelson 12 months ago before going on to enjoy a summer of success when winning the Travelers Championship in June and The Open Championship the following month.

This season Spieth is still waiting to fire on all cylinders, although he came close when finishing third in The Masters at Augusta last month behind Ryder Cup sparring partner Patrick Reed.

Going into the Byron Nelson at its new home on the Trinity Forest course, Spieth admits there is always a desire to get that first win of a season on the board.

“You feel like you have a little bit of freedom, house money kind of with the first win of the year,” Spieth said.

“When you get that checked off, no matter what, you feel like it’s a successful year.

“I don’t have to win for it to feel like a successful year. I can put myself in position and in the major championships like I want to do, but that’s obviously ideal is to get one as soon as possible.”

Spieth can see the similarities to this time last year, but is more than happy with where his game is at. He finished tied-41st last week in The Players Championship at Sawgrass, a layout on which he has more often than not struggled with in his career so far.

The similarities with last year are there, and Spieth is content with that in mind.

“As far as where the game feels, I feel a lot better right now than I did Tuesday of the Byron Nelson last year about the state of my game for the week,” Spieth added.

“It does feel eerily similar to last year, and I can take last year as a big confidence boost forward to the rest of 2018.”

Spieth is favourite at 5.50 to win the Byron Nelson Championship, while Jimmy Walker is 17.00 on the back of his runner-up finish at The Players.