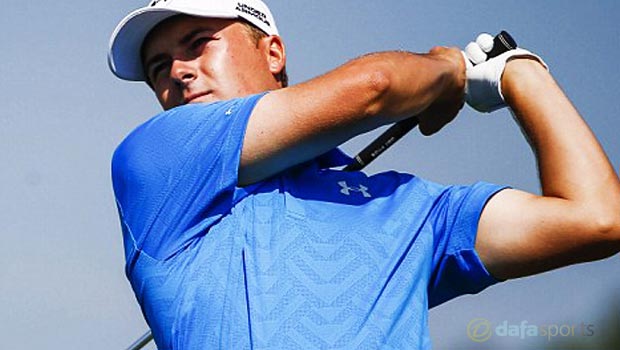 Jordan Spieth says he is full of confidence going into the BMW Championship at Conway Farms despite back-to-back missed cuts in the Fed-Ex Cup playoffs to date.

The American feels he is now well rested and ready to make a big push in the final two events of the PGA Tour season.

“I feel very confident about where I’m at right this second. I rested a lot. I got a lot of work in this past week, took some time off,” said Spieth.

“It’s just a matter of getting it rolling, get into a groove and starting to see some putts go in and get an under-par round started so that I can settle in a little easier.”

The 22-year-old says he has been unaffected by missed cuts at The Barclays and Deutsche Bank Championship so far in the Fed-Ex series finale.

Spieth has been the star of the PGA Tour for much of this season, winning four times including at the Masters and US Open, his maiden major successes. He has also been runner-up on four other occasions and posted 14 top-ten finishes.

He says he isn’t allowing ‘two bad weeks at the office’ to derail his confidence.

“My game is in a solid state right now. It’s in a state where I can certainly shoot into double digits under par, and I believe that.

“Everything feels normal, everything is on point. I just had two bad weeks. Just leave it at that. You’re just not going to make every single cut,” he added.

Spieth is 12.00 to win the BMW Championship this week in Boston where world number one Rory McIlroy is 9.50 and PGA Champion Jason Day is 8.00.

Spieth is 2.00 to finish in tenth place or better this week.