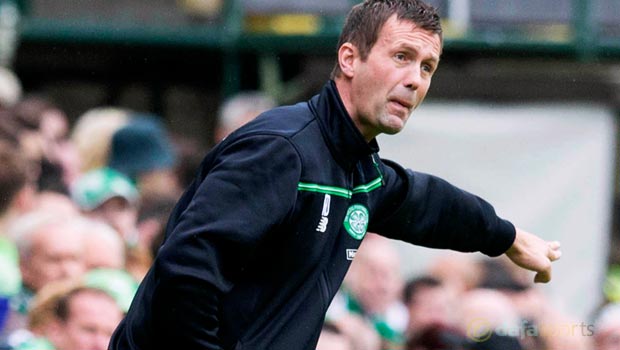 Celtic manager Ronny Deila says collecting points on the road will be vital if Celtic want to make progress in this season’s Europa League.

The Scottish champions begin their Group A campaign against Ajax in the Amsterdam ArenA and the Celtic manager says his players must quickly forget recent setbacks.

Celtic exited the Champions League to Malmo while they were beaten by Scottish Premiership leaders Aberdeen last Saturday.

Deila wants them to bounce back quickly by bringing a positive result back from the Netherlands.
“Good teams bounce back,” said Deila.

“It can be a circus; we know the demand is there. We can win everything in Scotland. We are determined to win trophies and improve in Europe.”

The Norwegian expects Group A to be ultra competitive, with Ajax and Celtic being joined by Fenerbahce and Molde.

Celtic’s form in Glasgow will be crucial but Deila says they need to collect points on the road in order to survive into the last-32, where he feels they could enjoy a positive run in the competition.

“We’ll need to be compact and brave on the ball,” he said.

“Small details will be the difference in this group. We want to get some points away. If you get through the group anything can happen.”

While Deila said getting over the defeat to Malmo was tough, he feels there are plenty reasons to be positive and he insists he is making progress at the club.

“It takes some time to get over it (the Champions League exit); we can be disappointed but we have so much to look forward to.

“We are much better prepared than last year, [we] know each other better and played a lot of matches together,” Deila added. Celtic are 4.75 to win against Ajax, who are 1.83, with the draw in Amsterdam 3.50.