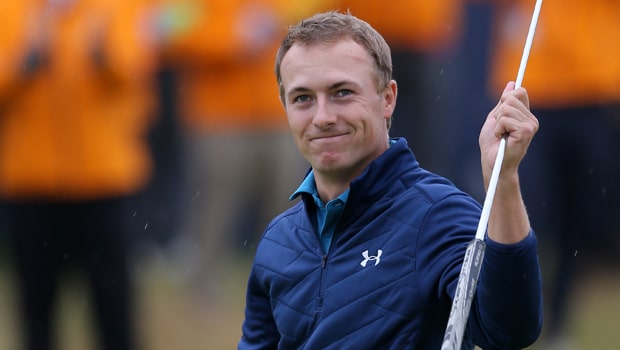 Jordan Spieth says he is more concerned with rediscovering his form than achieving a career Grand Slam over the next few days.

The 25-year-old is competing in this week’s US PGA Championship at Bethpage, the only major he is yet to win after success at the Masters and US Open in 2015 and the 2017 Open Championship.

His best performance at the US PGA was second in 2015, finishing three strokes behind Jason Day, but the Texan is hoping to improve his form as a priority and hopes that victories follow as a result.

Spieth blames his inconsistent driving performance for a poor run of form. His last win was The Open at Royal Birkdale two years ago and he has not achieved a top-20 finish at all this year.

Finishing 21st at the Masters, Spieth is looking for a better performance in the second major of the year.

He said, ahead of the tournament: “It has been an adjustment being in a bit of a slump.

“I’m doing a better job of being patient on the frustration side and letting my game come back in the time it needs to take.

“It has just been my driving. My set up got a little bit lazy. It’s getting there. I’m working on one swing feel now instead of changing it up each round, which allows me to be more consistent.”

Spieth ended the first day at Bethpage tied for ninth place after a one-under-par 69. The day however was dominated by defending champion Brooks Koepka who carded a seven-under 63 to lead by a shot from Danny Lee.

Tommy Fleetwood is the leading British player after the first 18 holes, sitting third on three-under.