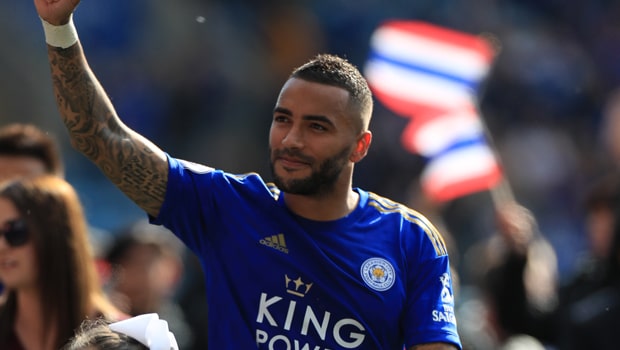 Danny Simpson may have left the King Power Stadium but he says the club will always have a place in his heart.

The 32-year-old full-back came on as a substitute in the Foxes final league game at home to Chelsea last weekend, and is leaving the club after five years in order to find more regular first-team football.

Simpson was part of the Premier League title-winning squad in 2015 and will always be remembered by the fans for his part in that story.

It is emotional. “I don’t know what I am going to do yet. After all the emotion of the last couple of weeks, I will go away for a couple of weeks and have a rest.

“Then I will see what the best option is. I want to play week in and week out again. I miss it. That’s just me as a player.”

Simpson, who started his career at Manchester United, enjoyed many loan spells while at Old Trafford before signing for Newcastle in 2010, leaving to join QPR in 2013 and moving for Leicester after just a season at Loftus Road.

He has made 113 Premier League appearances for the Foxes, just six of them coming this season. Leicester also said their farewells to Japanese player Shinji Okazaki at the weekend, another star of the title winning side who is also leaving the club on the expiration of his contract.

Meanwhile Manchester City are priced at 1.62 to win the Premier League title again next season, making it three in a row for Pep Guardiola’s side. Liverpool are 3.75 with Manchester United 13.00.