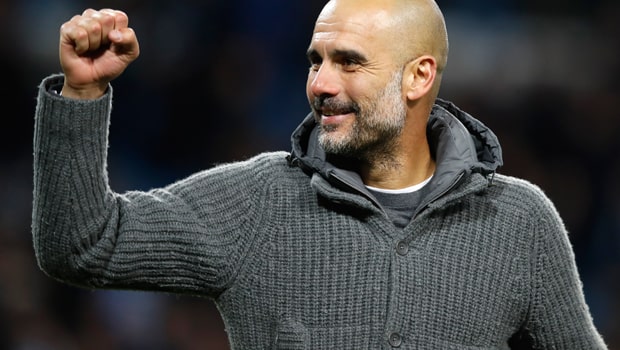 Pep Guardiola says winning is addictive though he suggests the feeling of satisfaction is a short-lived one.

The Spaniard will hope to lead Manchester City to the third leg of a domestic treble when they face Watford at Wembley in Saturday’s FA Cup final.

They have already retained their Carabao Cup and Premier League crowns and can now put the seal on a first ever domestic clean sweep by taking care of the Hornets.

According to the former Barcelona and Bayern Munich coach, success instantly ramps up the craving for more silverware, and, irrespective of the outcome against Javi Gracia’s side, he will not be altering his targets for next season.

“When you win, you take a shower and then you want to win the next one and the next,” Guardiola told BBC Sport.

“It makes your life better and easier. Winning helps to win more and it helps to make this club better.

“If we don’t win, it does not change my life or opinion of what we have to do next season.”

After a titanic title battle with Jurgen Klopp’s Liverpool, Manchester City eventually claimed back-to-back Premier League titles by a single point over the Reds. According to their manager, his players have displayed something extra this season by retaining that hard-earned mantle.

“Sometimes it is easier to win a title when you have not won it for a long time. It is more complicated to win it back-to-back after last season,” he added.

“Last season the opponents could not stay in our rhythm, but this season we had an opponent who were always in front of us, seven points at one stage, but we were there every single day.”