Jon Rahm in command in Boston

Posted by Jason Stepford on September 3, 2017 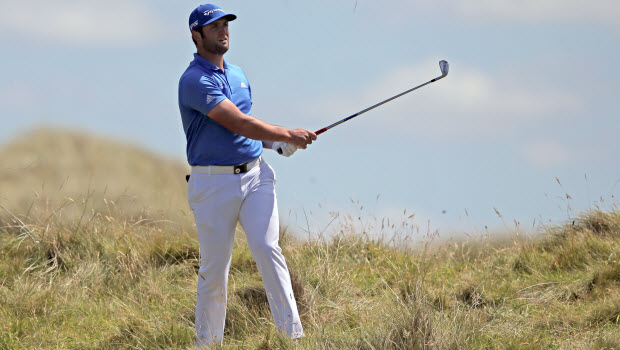 Spaniard Jon Rahm produced another fine display at TPC Boston as he claimed a two-shot lead at the halfway stage of the Dell Technologies Championship.

Rahm, 3.50 to win the event, had a horrible start on day two and he was two over for the day after eight holes.

However, an eagle at the 18th – his ninth of the day – gave him a huge lift and he then converted five birdie opportunities on the front nine to move onto nine-under par.

Canada’s Adam Hadwin made his move up the leaderboard on Saturday with a 65, as he climbed into a tie for second alongside Paul Casey, Kyle Stanley and Kevin Streelman.

Grayson Murray fired another round of 68 to remain three shots off the lead and he is tied in sixth with Phil Mickelson, Bryson DeChambeau and Marc Leishman.

‘Lefty’ insists his game is coming together after a tough few months and claims his mental problems are now a thing of the past.

He told the PGA Tour: “It’s fun to get in contention, it’s been a good first two days. “I haven’t been able to see how I want the ball to come off while I’m hitting it.

When I’m looking at the ball, I usually have a mental picture of the shot and visualising the shot, and then my body reacts to that – creates the shot. I haven’t been doing that.

I’ve just been blindly hitting the shot. “But my short game has been phenomenal this week and yet, I really haven’t done anything different other than being able to see the shot that I’m trying to hit.”

Mickelson is 26.00 to win the event but Rory McIlroy is out of the tournament after missing the cut after rounds of 74 and 72.