Johnson Tests Positive For Coronavirus Ahead Of CJ Cup 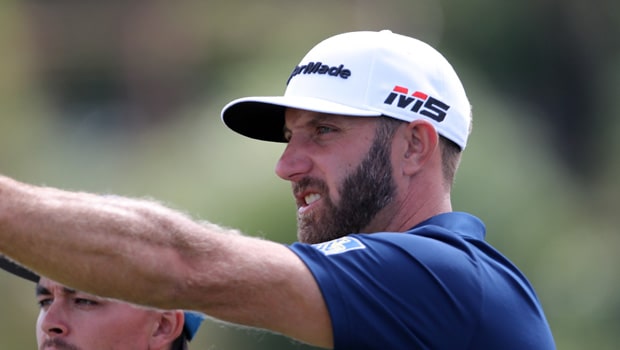 Golf number one, Dustin Johnson revealed that he has tested positive for the coronavirus. That means he would not be a part of the CJ Cup which begins on October 15 as he would be in self-isolation. Johnson reported feeling symptoms of the virus and he was administered a test which came back as positive, causing him to withdraw from the event. The American’s last outing was at the US Open where he finished at sixth place.

Speaking on the development, he said, “I am very disappointed. I was looking forward to competing this week but will do everything I can to return as quickly as possible.” The Tour has said that they would support Johnson every way they can. Johnson would be replaced by J.T Poston at the tournament.

The CJ Cup would hold from October 15 to 18 at the Shadow Creek Golf Course, Las Vegas. The event was originally meant to hold in South Korea but had to be moved due to the virus. Former world number one, Brooks Koepka would play at the event, his first action in two months after being away for a knee injury. At last year’s CJ Cup, Brooks had a nasty fall after stepping on a wet floor, causing a knee injury.

His knees have greatly affected his career, causing him to sit out of many tournaments between 2019-2020. Matthew Wolff is also expected at the event. He finished behind Bryson DeChambeau at the US Open that held last month and is currently ranked number 12 on the OWGR. Defending champion Justin Thomas is also expected at the event and is currently grouped with Brooks in the same round. Thomas was the first winner of the tournament back in 2017.

Johnson’s absence in the tournament would create a chance for people to aim for his position and Jon Rahm is expected to seize the opportunity. Rahm, who is currently world number 2, would have to earn a top 4 finish if he hopes to climb past Johnson on the OWGR. Other players that would participate at the event include Collin Morikawa, Xander Schauffele, and Viktor Hovland.